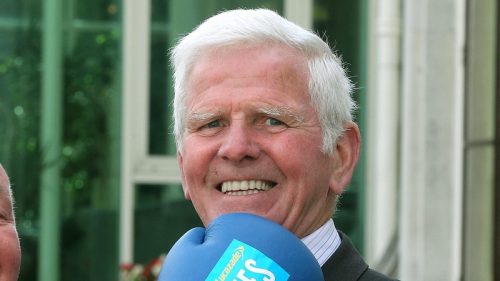 Irish boxing is on familiar terms with winning medals at the Tokyo Olympics.

Ireland is building toward next month’s European qualifiers for Tokyo 2020 in London over half a century after Immaculata BC (Belfast) legend Jim McCourt, pictured, claimed Ireland’s only medal in any sport at Tokyo 1964.

Nicknamed “The Prince of the Immaculata”, McCourt won three fights en route to the last four but was agonisingly edged out of Velikton Barannikov (USSR) on a 3-2 split decision in the lightweight semi-final at the 18th Olympiad.

“I was very disappointed to lose my semi-final to the Russian star. Indeed, many thought that I was the winner on the day,” McCourt told Barry Flynn’s Legends of Irish Boxing.

The Ulster southpaw also won European Elite bronze in Berlin in 1965 and Commonwealth gold in Jamaica in 1966.

He exacted a measure of revenge for his Olympic semi-final defeat versus Poland’s Józef Grudzień at Dublin’s National Stadium.

Grudzień, who won silver at Mexico 1968, beat Barannikov in the 1964 Olympic final at Tokyo’s KÅrakuen Hall on a unanimous decision and was included on the Polish team for a meeting with Ireland at the Stadium in 1965.

The home of Irish boxing erupted after McCourt’s hand was raised in victory.

“The place was heaving that night in expectation of the fight with Grudzien,” said McCourt.”I wanted that fight so badly as I felt I had something to prove from Tokyo.

“I felt that it was up to me to prove a point. I fought a great fight and had him all over the ring. The roars of the crowd spurred me, I felt so happy when I got the decision.”

McCourt also represented Ireland at the 1968 Games in Mexico but lost in the preliminaries to Germany’s Gerd Puzicha at light-welter.

Four years later, Cuba topped the medals table at Munich 1972 and began to dominate Olympic boxing from that point on

A two-time Irish Olympian, McCourt has been inducted into the IABA Hall of Fame.

“Representing my country in the green vest; nothing else came close to giving me so much pride. To feel that I gave people so much pleasure in the boxing ring has made me think that it was all worthwhile,” he added.

An American who would later be nicknamed “Smokin’ Joe Frazier won heavyweight gold in Tokyo. Smokin’ Joe was called up to the USA as a late replacement after Buster Mathis was injured.

269 boxers from 56 nations competed at Tokyo 1964 where there was a few heavily dispute decisions. For instance, Korea’s Jo Dong Gi protested his defeat by sitting down in his corner for 51 minutes and not budging.