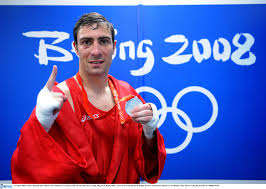 Olympic athletes will be helping children across the country get into the spirit of sports day next week as they switch their focus to the playground in the RTÉ Home School Hub Olympics. The focus of the popular home school programme from the 25-29 May will be on the Olympics and will feature Dare to Believe, the Olympic Federation of Ireland’s (OFI) schools activation programme, and will include interviews with five of the athlete ambassadors, as well as Olympic Silver Medallist Kenneth Egan.

This month has been a busy one for the programme, with over 200 schools taking part in the recently launched online sessions, which include virtual ambassador visits via Facebook Live every Thursday at 12 noon.

This week also saw the launch of the Dare to Design Competition which is a challenge where children are invited to design a medal, poster or Olympic stadium for Dublin 2040, imagining Ireland were to host the Games in the future. This engages a broad range of children, including those who may not be involved in sport. Details on how to enter the competition can be found HERE, the closing date is the 18 June, with the winners being announced on Olympic Day, 23 June 2020.

Dare to Believe is a five ring programme which focuses on the Olympic values, and has a wide ranging appeal to school children, whether they are interested in sport or not. Normally the ambassador visits to the classroom is the highlight of the programme for the students, and in light of the recent pandemic, these visits are being done online.

Team Ireland Hockey Olympian Shane O’Donoghue was the first of the ambassadors to present his story as part of the Facebook Live Ambassador Series, where he fielded questions from school children who dialled in from around the country, his video can be found HERE.  Next up is Thomas Barr who will be presenting at 12 noon on the 28 May

Speaking about the recent activations, Peter Sherrard, CEO of the Olympic Federation of Ireland said,

“Our elite athletes have been a real credit to Team Ireland during the lockdown, helping the country through a very difficult period. The Dare to Believe programme is based on athletes going into schools to inspire the next generation so teaming up with RTÉ to reach a greater number of children has been invaluable.

“Across Europe, Olympic athletes have been able to return to training, so we understand the frustration that our athletes must be feeling at this time. We are working hard for a prioritised return for this small group who represent us so well internationally so that they can keep their Olympic hopes on track.”

For more info on the Dare to Believe programme visit the website www.daretobelieve.ie.