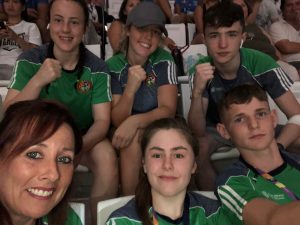 Jude Gallagher will be in action at 4pm tomorrow (Irish time) in the quarter-finals of the AIBA World Youth Championships in Budapest, Hungary.

The Irish male captain meets Brazilian light-fly Rafael Bianchi with at least a bronze medal up for grabs.

Irish female captain Lauren Kelly and Daina Moorehouse are between the ropes in the last 16 and last 8 on Sunday afternoon.

The tournament continued today but no Irish boxers were involved.