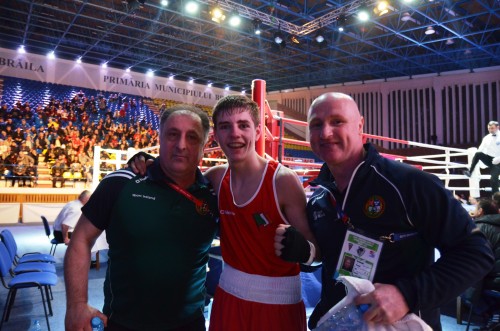 Six Irish boxers are in action in international competition this weekend.

Jordan Moore meets English flyweight William Cawley for at least bronze at the European U/22 Championships in Braila, Romania on Saturday.

Moore will be in the ring at approximately 12.45pm (Irish time) tomorrow. Dylan Duffy and Keith Flavin box Sunday in Braila.

Elsewhere behind the former Iron Curtain, Irish captain Aaron McKenna, Gabriel Dossen and Eamer Coughlan compete in the semi-finals of the Pavlyukov Youth Memorial in Anapa, Russia looking to upgrade their guaranteed bronze to at least silver.

Please see below fixture for times.