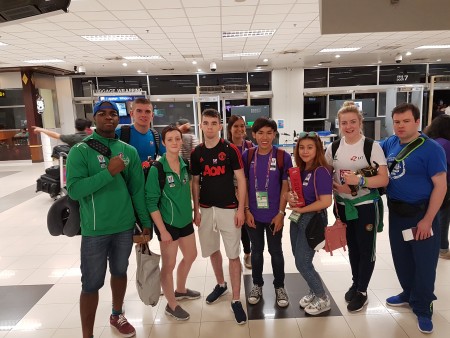 Christina Desmond and Kenny Okungbowa won double bronze at the 7th edition of the tournament, Ireland’s first medals at this level.

Team Ireland also finished in 10th spot in the medals table at the tournament and rankings table. 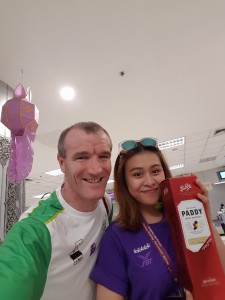 “Team are now back in Ireland safe and sound after a memorable Championships,” said Irish coach Paddy Gallagher. “The entire squad performed magnificently against quality opposition.”

Irish squad with their two assigned assistants for the duration of our stay in Chiang Mai at the departure zone.

Irish Team Coach, Paddy Gallagher, making a presentation on behalf of the Irish Team to SU’kitta Techasirikrit. Su and Map made the Irish Team stay in Chiang Mai an unforgettable experience.