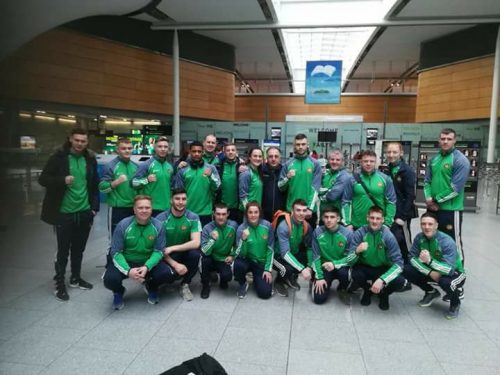 Ireland arrived Stateside yesterday and will attend an official event to launch three internationals versus America in New England tonight.

Both nations meet in Boston next Monday, 12th March, Springfield on 15th March and Manchester, New Hampshire on March 21.

“We’re bringing out a young team. It’s a developing team and it’s an opportunity to have a look at them in this environment. I’m sure it’s going to be a lively atmosphere at all the bouts because it’s the St Patrick’s festival and Ireland versus the USA always attracts attention,” said Dunne.