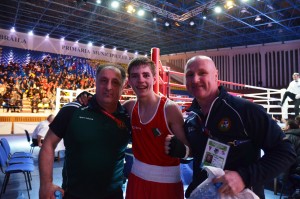 Team Ireland are scheduled to arrive home from the European U/22 Championships via Dublin Airport tonight.

The squad and management are due in at 11.25pm this evening.

Ireland were using a nine-strong squad at the 2nd edition of the European U/22s.

The tournament concluded last evening with finals in all weight classes.