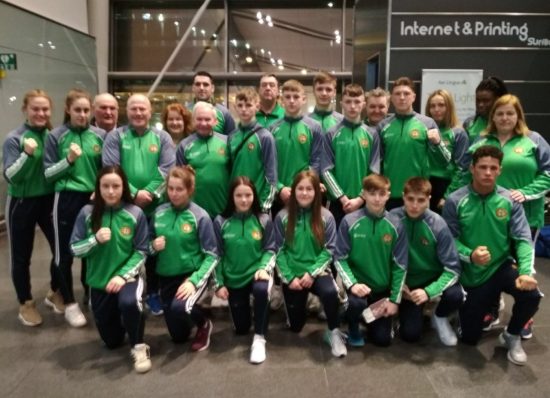 Team Ireland are en route to Italy this morning ahead of the start of the 2018 European Youth Championships.The tournament begins in Roseto delgi Abruzzi tomorrow.

The Championships will act as qualifiers for the AIBA World Men’s and Women’s World Youths at a host nation to be confirmed this August and for the Youth Olympics in Buenos Aires, Argentina in October.

The other Continental Youths Championships will be decided in Bangkok, Casablanca, Colorado Springs and Samoa this month, May and in early June.

Peter O’Donnell and Fionna Hennigan are the Irish team managers by the banks of the Adriatic sea.

“The honour of being appointed Irish team manager never gets any less. It was a privilege to be selected to manage the Irish team for Italy. I had no hesitation in accepting the role when offered by Dominic O’Rourke, the IABA President,” said O’Donnell, President of the Donegal Board.

The squad arrived at the tournament venue this afternoon.