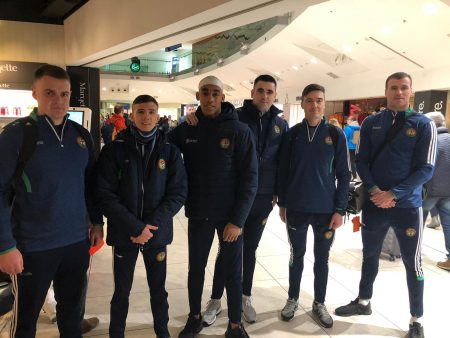 Team Ireland, pictured above at Dublin Airport this morning, are on their way to Debrecen, Hungary for the Bosckai Memorial.

The draw for the 64th edition of the tournament will be held tomorrow morning followed by preliminary round boxing on Monday afternoon.

Over thirty nations go into the hat for Monday’s draw at Ireland’s final competitive outing before the European qualifiers for Tokyo 2020 which begin at the Copperbox Arena in London on March 13.

Hungary is one hour ahead of Ireland.