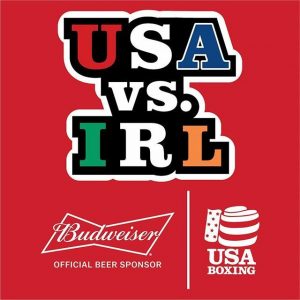 The IABA have named 12 current National Elite champions on an 18-strong squad for three meetings with the USA in America this month.

The USA and Ireland meet in Boston next Monday, 12th March, Springfield on 15th March and Manchester, New Hampshire on March 21.

World Elite finalist Kellie Harrington lines out at lightweight, while World Junior Finalist Paddy Donovan has been drafted into the panel.

“It’s a great opportunity to develop a partnership between us and the American team because we are not competing against each other to qualify for major tournaments out there, he said.

” I also see it as a great opportunity for both nations to start sharing ideas and developing our athletes together. America is always strong; they’ve got great strength in depth. They have a lot of talent out there.

“We’re bringing out a young team. It’s a developing team and it’s an opportunity to have a look at them in this environment. I’m sure it’s going to be a lively atmosphere at all the bouts because it’s the St Patrick’s festival and Ireland versus the USA always attracts attention.

“We have a young team, but they’ve got talent. We have talented young boxers coming through that have been coached in their clubs and developed in their clubs. They’re coming to us with a skill set and we polish them off and bring them to the next level.”

Former Irish head coach Billy Walsh, now chief seconds with the USA, is expected to call up a number of his leading prospects.

The Irish squad leave for the USA this  Thursday, 8th March 2018.