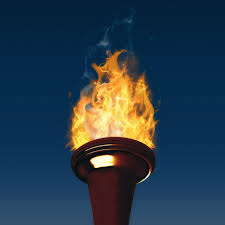 Thomas Bach, President of the International Olympic Committee (IOC), believes that the Olympic flame will be the light at the end of the tunnel.

The IOC and Japanese government announced yesterday that Tokyo 2020 has been postponed until next year because of the coronavirus pandemic health threat across the globe.

The move marks the first time the Olympics have been postponed since WW2.

No exact date has been confirmed for the 32nd Olympiad but the Games are expected to go ahead in the summer of next year.

“We want this Olympic flame to be a light at the end of the tunnel. This is why we will work hard now to undertake this extremely challenging task,” said Bach.

Meanwhile, 112 boxers, including Irish captain Brendan Irvine, have qualified through the completed African and Asia/Oceania qualifiers and the partially completed European event in London.

Antrim flyweight and Rio 2016 Olympian Irvine punched his ticket in London on Monday week last hours before organisers announced that the 43-nation tournament was suspended after three days of competition because of Covid-19.

16 of the 77 Olympic berths available in London were secured. The tournament will resume where it stopped at a date to be confirmed.

The Americas qualifiers, scheduled to begin in Buenos Aires this weekend, were deferred because of the coronavirus and the final World qualifier scheduled for Paris will be completed at a date to be determined.