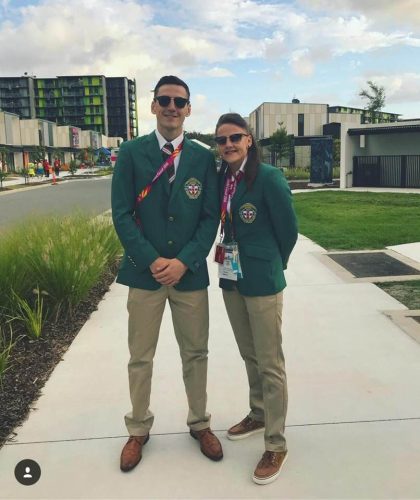 Kurt Walker and Aidan Walsh made it three wins on the bounce at the Commonwealth Games today versus Australia and Pakistan in Gold Coast, Australia.

Both men progressed to within one win of at least bronze on 4-1 and 5-0 verdicts in the bantam and welter classes.

Walker beat Jack Bowen and Walsh completed the double with victory over Gul Zaib to join his sister, Michaela, in the last-eight.

The Walsh siblings, the first brother and sister boxing pair in the history of the Games, are no strangers to occupying podium position at the Commonwealths, as Michaela won silver at the 2014 tournament in Scotland and Aidan claimed gold at the 2015 Commonwealth Youths in Samoa.

Donnelly and Sean McComb and Kristina O’Hara, all former Irish Elite champions, are in action tomorrow in the last 16 and quarter-finals.

O’Hara meets Lynsey Holdaway of Wales in the light-fly quarter-final with at least a bronze up for grabs.

“Great win against a young, hungry and fresh fighter, I landed the heavier shots which hurt him a few times. All good and I look forward to progressing now. It’s never easy but I train hard and it will pay off,” said Rio 2016 quarter-finalist Donnelly after Friday’s victory.