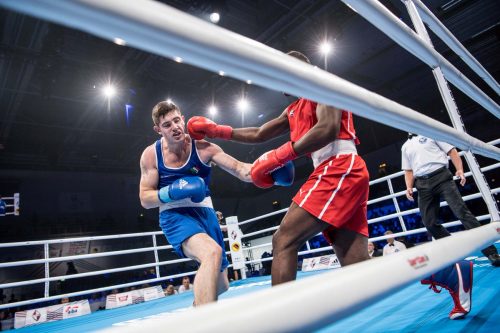 Joe Ward had to settle for silver after losing out to Julio La Cruz in the light-heavyweight final at the World Elite Championships in Hamburg, Germany tonight.

La Cruz was on the floor early in the first after a tangle of legs, as Ward, who lost out in the 2015 final to the current Olympic champion, piled on the pressure. 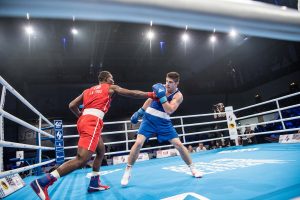 But the elusive Pan American champion recovered sufficiently from a shaky start and began working fluently behind his raking jab, Ward responding with solid hooks and jabs of his own in a very technical contest.

Ward claimed three wins from four fights since last Monday and will be bringing home his second silver medal from the flagship tournament of international boxing.

The podium finish should also guarantee Ireland a top ten berth in the medals table (to be confirmed). 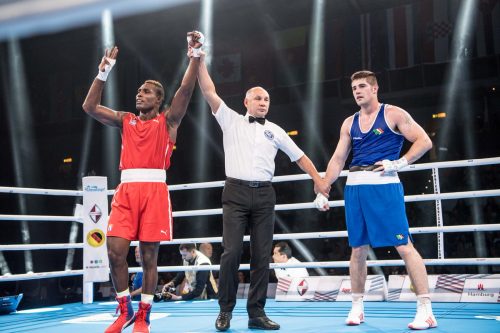 Two Irish boxers, Sean McComb and Brendan Irvine, lost out to eventual medallists in the preliminaries in Hamburg. Andy Cruz-Gomez of Cuba, who claimed gold, beat McComb and Korea’s Inkyu Kim, who outpointed Irvine, will be taking home bronze.

Likewise, two members of the five-strong Irish team lost to the eventual champions.

Kazakhstan claimed the bantam title vacated by Ireland’s Michael Conlan – who won bantam gold at Doha 2015 and turned pro  – on a 3-2 split decision over Duke Ragan of the USA this evening. 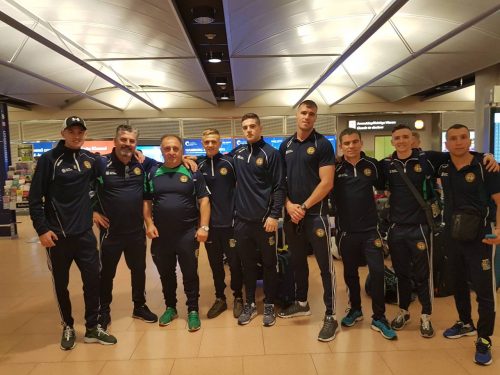 France’s Sofiane Oumiha,who was asked plenty of questions by Ireland’s Patrick Mongan (Olympic BC) and George Bates (St Mary’s BC) in a Round Robin at Dublin’s National Stadium earlier this year, won 60kg gold this evening in a superb showing from Les Bleus lightweight.

All media are invited to attend Sunday’s homecoming.