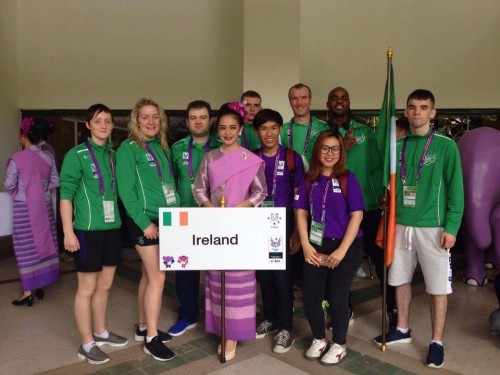 Cork middleweight Christina Desmond and Athlone heavyweight Kenny Okungbowa are between the ropes in the last-four tomorrow morning versus Poland and France.

Both boxers are guaranteed at least bronze – the first medals the Irish Athletic Third-Level Boxing Association have claimed at this level – from the 7th edition of the tournament.

Boxing begins at 8am on Thursday morning (Irish time).

Ceire Smith and Gary McKenna bowed out of the tournament at the quarter-final stage today. Team manager Paul Geoghegan hailed both performances.

He said: “Ceire and Gary gave it everything they had, but it just wasn’t their day. They can both be very proud of their efforts as I am of them. Let’s hope that the Irish fortunes change for the rest of the week.”

Chinese Taipei and Russia and China and Russia clash in the corresponding middleweight and heavyweight semi-finals tomorrow.