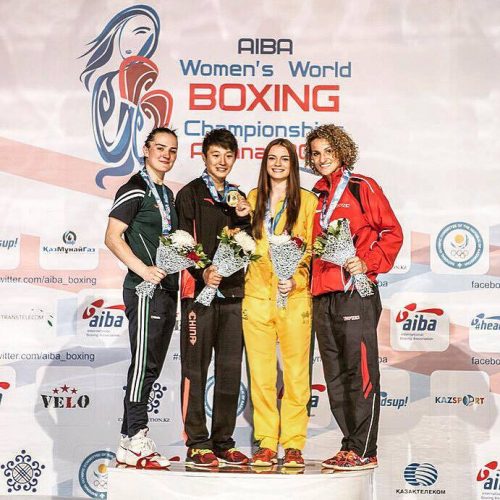 The deadline for the registrations in the AIBA Database to the AIBA Women’s World Boxing Championships is October 5.

On the last occasion that the World Women’s Championships were held in New Delhi, Katie Taylor, who has since switched codes, claimed Ireland’s first gold at this level. The Bray woman, also the European champion at the time, went to No. 1 in the AIBA World 60kg rankings after that win and occupied pole position for ten years in an extraordinary decade-long  dominance of the lightweight class. Current Irish Elite champion Kellie Harrington reached the light-welter World Elite final in 2016.

Irish boxing is in 9th  position in the all-time World Women’s Elite Championships medal table. Taylor (5 gold and 1 bronze) and Harrington (silver) have claimed medals at this level.

The team delegations hotel in the AIBA Women’s World Boxing Championships will be the Ashok Hotel in the Diplomatic Enclave of New Delhi. Boxing Federation of India will be provided airport transfer to and from the Indira Gandhi International Airport in their Welcome Desk upon arrival to New Delhi.

All participating National Federations must arrive to New Delhi before November 13 to be there in the Sports Entries Check. All boxers must be accompanied by at least one AIBA certified coach at ringside during the bouts which will be held based on the AIBA Technical & Competition Rules.

Boxing Federation of India will be hosting an important AIBA 2-star Coach Course in the city of Rohtak between October 20 and 28 just before the AIBA Women’s World Boxing Championships and other education programs are under planning.

November 25 – Departure of the delegations