The Irish Athletic Boxing Association was formed in 1911. For almost the first 30 years of its existence, the organisation floated from venue to venue, until 1939, when the IABA built centralised location at the National Boxing Stadium. To this day the IABA is the only amateur boxing association in the world to own and oversee its own stadium.

In 1924, Ireland entered the Olympics for the first time as an independent nation in Paris and also sent a team to the 1928 Games in Amsterdam and the 1932 Games in Los Angeles. Ireland did not send a team to the 1936 Games in Berlin because of political wrangling at home.

However, no medals were won in our first three ventures into Olympic boxing, although Paddy Dwyer (Army), Frank Traynor (St Paul’s, Dublin) and James J. Murphy (Garda) reached the semi-finals at the 1924, 1928 and 1932 Games, which would have been enough to secure bronze under the rules governing the awarding of medals in boxing at the Olympics today.

However, the decision to abandon bronze medal box-offs and award both losing semi-finalists bronze was not taken until the 1952 Olympiad.

The project was completed largely due to the hard and voluntary labour of boxing enthusiasts. Two architects by the names of Jones and Kelly headed the voluntary movement and offered their services for free. Fans and boxing officials collaborated together and organised carnivals, boxing shows and various other moneymaking schemes to generate enough funds (approximately £12,000) to build the stadium. In March of 1939, the stadium proudly hosted its first major event – the National Senior Championships.

One month later, the IABA played host to the European Senior Boxing Championships. In sell-out crowd of over 2,000 fans, Jimmy Ingle (flyweight), Paddy Dowdall (featherweight) and Charlie Evenden (welterweight) christened the new arena by claiming two gold medals and a bronze medal for Ireland. Since that moment, Ireland has compiled a total of almost 50 medals at the European Senior Championships, including six gold medals.

A year later, Ireland returned to the Olympic fold at the 1948 Games in London, but once again the semi-final jinx struck with Mick McKeon (Crumlin BC), reaching the last-four but having to withdraw from his box-off for bronze with Italy’s Ivano Fontana.

In the 1952 Helsinki Games, John McNally (White City B.C.) won Ireland’s first Olympic boxing medal. He was awarded with a silver medal after losing to Pentti Hämäläinen of Finland in the final round for the bantamweight division. Four years later at the 1956 Melbourne Games, Ireland solidified itself as a major competitor at the Olympic level. Ireland’s boxers took home four medals, including one silver (Fred Tiedt, welterweight) and three bronzes (Tony Byrne, Light; Fred Gilroy, Bantam; John Caldwell, Flyweight). Over the next few Games, Jim McCourt (Light, 1964 Tokyo) and Hugh Russell (Flyweight, 1980 Moscow) continued Ireland’s success with two more bronze medals in each of their respected weight divisions.

Then, at the 1992 Barcelona Games, Dublin native Michael Carruth, made national history by upsetting Juan Hernández Sierra of Cuba 13-10 in the final round of the Welterweight division. With his exceptional performance, he became to Ireland’s first Olympic gold medalist in the sport of boxing. Carruth, along with his fellow countryman Wayne McCullough who won the silver medal in the Bantamweight division in Barcelona, issued in a new era of excellence in Irish boxing. Since 1992, the IABA has earned 15 medals at the European Senior Championships and four medals at the World Senior Championships. One of the major reasons for the Ireland’s boxing success can be attributed to the IABA’s current High Performance unit. In 2003, the Irish Sports Council financed this new High Performance coaching team and implemented a new financial assistance system, in which boxers, as well as other Irish athletes, had to achieve a certain standard in order to qualify for financial assistance. Ever since the appointment of high performance director Garry Keegan, head coach Billy Walsh and assistant head coaches Zaur Antia and Cathal OGrady, Ireland has solidified itself as one of the world’s best boxing nations.

In the last two Olympic Games (2008 Beijing, 2012 London), the IABA has earned a total of seven of our eight medals in all sports and has accounted for all but one of Ireland’s Olympic podium appearances. Furthermore, based on the top performances from Ireland’s boxers in the 2008 and 2012 Games, the IABA has nearly doubled its previous medal count from nine medals to 16. 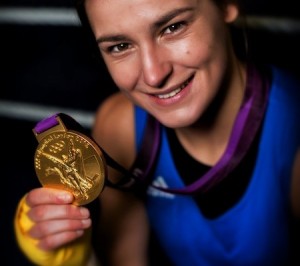 In the most recent 2012 London Games, the IABA experienced perhaps its most successful Olympics ever, gathering four medals – one gold, one silver and two bronze. Along with Paddy Barnes becoming the IABA’s first boxer to ever medal in two different Olympics (2008 Beijing and 2012 London), the IABA also gained its second gold medalist thanks to the spectacular performance of women’s boxing sensation Katie Taylor. John Joe Nevin and Michael Conlan also won silver and bronze at London 2012.

Jason Quigley, meanwhile, created another piece of history in 2013 when he became the first irish male boxer to reach an AIBA Elite final in Kazakhstan, the Donegal middleweight losing out to Kazakhstan’s Zhanibek Alimkhanuly in the 75kg final. Joe Ward, a few weeks before his 20th birthday, also created history at the 2013 World Championships in Kazakhstan after he won bronze to become the first boxer – internationally – to win three AIBA World Junior, Youth and Elite medals as a teenager.

Katie Taylor has elevated Irish boxing to another level. Along with her Olympic gold medal, she has won five World Championships, six European Championships, five European Union Championships and three AIBA World Elite Female Boxer of the Year Awards (2008, 2010 and 2012). She is arguably the greatest boxer in the history of women’s amateur boxing. Along with her athletic achievements, Taylor has also served as a critical figure for the branding of international women’s amateur boxing. With her candid personality and her commitment to establish herself as a good role model, Taylor was one the main figures used in the movement to get women’s boxing accepted as an Olympic sport for the 2012 Games. With the return of Taylor, Barnes and bronze medalist Michael Conlan, Irish Boxing hopes to make its biggest splash yet throughout the next few years at the European and international levels. With an exceptional group of athletes and an elite coaching staff, the IABA will be well prepared to make a further statement at the 2016 Rio Games.