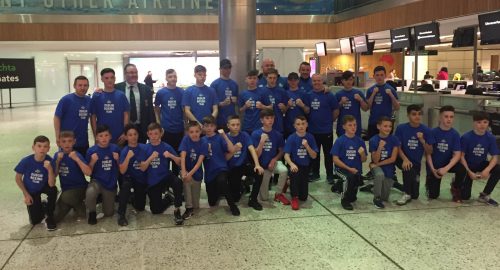 Best of luck to the Dublin Schoolboys Team, pictured above,as they cross the Irish Sea this morning to take on the Yorkshire Schoolboys Team on Sunday 23rd October in Hull, England.

Boxing will take place at 12pm in the Royal Mercure Hotel, Hull, England.