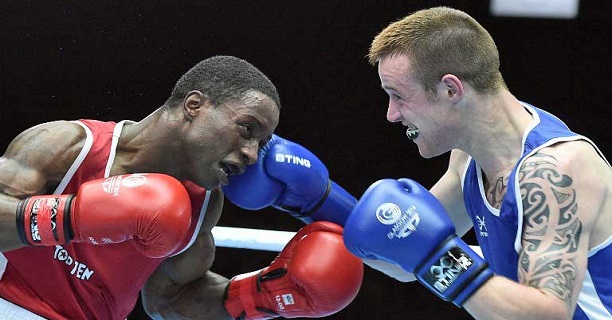 Rio 2016 Olympians Brendan Irvine and Steven Donnelly, pictured, could be the first Irish boxers in action at next month’s European Elite Championships in Kharkiv, Ukraine.

The June 16th provisional schedule includes flyweight and welterweight bouts at the only qualifier for the World Elite Championships in Hamburg, Germany in August/September.

The super-heavyweights are also out on June 16th, the first day of competition.

The European Championships has been running since 1925, The 2017 version marks the 42nd edition of the tournament.

The 1939 event marked the official opening of the National Stadium in Dublin.

Both boxers, under today’s rules, would not be allowed enter the European Championships as the minimum age for Elite boxing is 18.

Ward is included on the Irish team for Ukraine 2017.

Meanwhile, Seamus Caffrey, who has worked with the Dublin GAA (Football) Senior, Minor, U/17 and U/16 sides, will be Irish physio in Kharkiv.

At least 35 nations are expected to compete at the 2017 European Championships where the top eight boxers in each weight qualify for the World Championships.

Team Ireland leave for their final training camp in Kharkiv on June 5th.