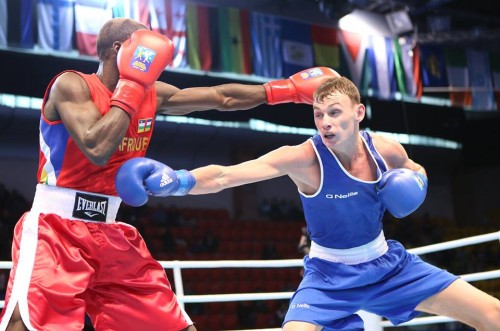 The top eight boxers in each of the ten weights at the European Elite Men’s Championships in Kharkiv, Ukraine next month qualify for the World Elite Championships in Hamburg, Germany in August/September.

However, it is understood that if a German boxer reaches the last-eight in Kharkiv that a top 9 finish – theoretically, the athlete who lost to the eventual gold medallist in the last 16 and the quarter-finalists – could suffice for Hamburg as Germany have ten automatic places as the host nation for the World Championships.

Former Irish coach Eddie Bolger, now coach with the German team, has confirmed that they will be sending a 10-strong squad to the Ukraine.

Meantime, Team Ireland are currently training in Abbotostown and will leave for their final training camp in Kharkiv on June 5th. Boxing at the 42nd European Championships begins on June 14th.