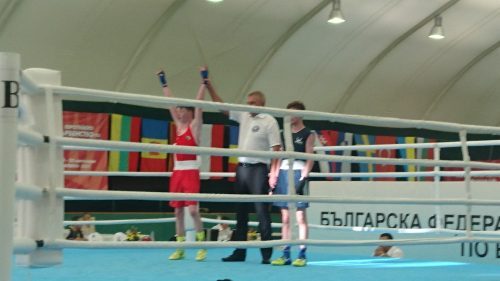 Patrick McCarthy has his hand raised in victory today

Tucker lost to Ilia Bogaturev of Russia after three close rounds. Tucker, meeting fire with fire, consistently worked his way inside the problng jab of his talanted opponent to deliver shots, but took a standing count in the third after a fiery exchange.However, it was Bogaturev’s gum shield that ended up on the floor after that transaction. 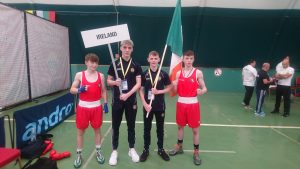 Earlier today,McCarthy advanced to the quarter-finals of the 32-nation tournament.

The Tralee BC light-fly, regularly scoring with his left, produced an impressive display of counter-punching against the lively Scot to progress to within one win of at least bronze.