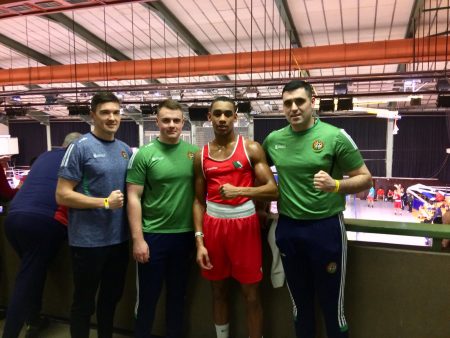 Gabriel Dossen returned to competitive action with a bang at the Bosckai Memorial in Hungary today.

The Galway middleweight, returning from injury, beat Norway’s Mindougas Gedminas on a unanimous decision this afternoon in Debrecen.

Gedminas almost took a standing count in the final 20 seconds of the third and final round with the ex Irish Elite champion piling on the pressure. 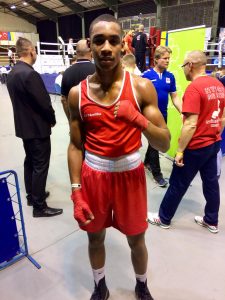 The Olympic BC (Galway) man won all three rounds of the last 16 clash.

He’ll meet Robert Cservenka of Hungary tomorrow (Bout 20, Ring A) with at least bronze up for grabs. Boxing begins at 1pm (Irish time) on Wednesday.

“Happy with his performance against a tough opponent. He can only get better after this.”