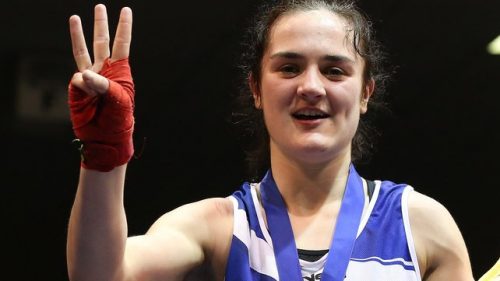 Harrington, a World Elite silver medallist at light-welter,was always in control in her lightweight final with Cosma, the Irish southpaw occasionally switching to orthodox en route to a comprehensive win, with the Dubliner earning a 30-25,30-27.30-26,30-26,30-26 verdict. 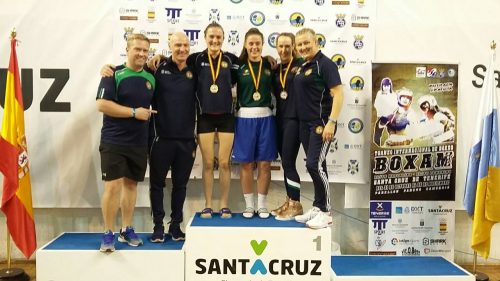 Walsh had to contend with the raking jab of Eccles in all three rounds, but blasted in enough solid combinations throughout to earn a split decision against the Welsh battler. 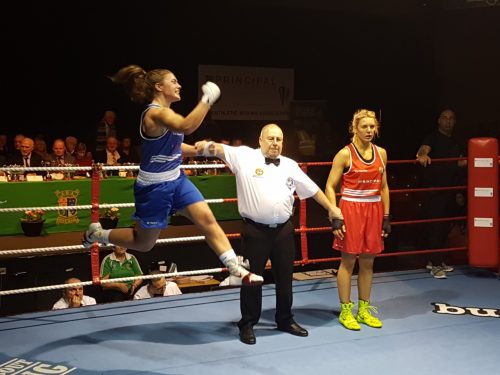 Noel Burke, who was working the Irish corner along witn Antoinette Faye-McClean, hailed the performances of the three-strong Irish team which also included Dervla Duffy. All three Irish boxers were presented with their medals this afternoon.

The Irish team are due to arrive home at 11.45pm on Monday night via Dublin Airport.