Irish squad and staff in Romania

Team Ireland arrived home from the European U/22 Men’s and Women’s Championships in Romania via Dublin Airport this morning.

Amy Broadhurst and Aoife O’Rourke securing gold and silver at the tournament after winning and reaching the lightweight and middleweight finals.

Ireland finished in 10th spot in the medals table.

Irish boxing has now won 31 medals from eight World and European Elite, U/22, Youth and Junior tournaments since last June.

The next stop for Team Ireland is the Men’s and Women’s European Youth Championships in Italy this month. 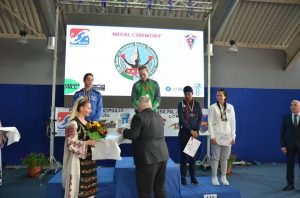