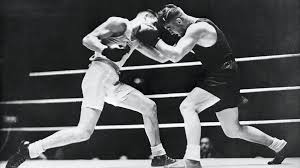 Ireland at the Paris 1924 Games

A record entry of 84 boxers, surpassing the previous year’s listing of 54 athletes, registered to compete at the 1928 Seniors/Elites in Dublin.

Two of the titles, flyweight and welter, were vacant as defending champion George Kelly moved up to bantam, and TJ Finn withdrew with an illness. The weigh-ins were held between 8am and 12.30pm at Portobello Barracks. The IABA advised boxers – which they are still doing nearly a 100 years later – that the draw would be the held immediately after the weigh-ins.

Most of the 1928 Irish champions were included on an international team that won ten of eighteen bouts against Scotland at Portobello Barracks in 1928. The Olympic team also won seven of the eight bouts against Denmark at Dalymount Park in April of that year.

Matt Flanagan, who was selected as the Irish flag bearer for the 1928 Games by the Olympic Council of Ireland, was the only Irish boxer not to win.

His heavyweight bout with Niels Andreasen, described as a gigantic southpaw with a gap-toothed smile, was ruled a draw.

The Irish Independent and Irish Times reported that just over 9,000 attended the meeting between Ireland and the Danes at the home of Irish football. Denmark also lost to the Irish Olympic reserve team at the Curragh a few days later.

Tipperary’s Paddy Dwyer, who had reached the semi-finals at Paris 1924, was Irish head coach for the 1928 Games which marked the first occasion that entries were limited to one boxer per weight division per nation. 144 boxers from 29 countries competed.

The St Paul’s BC champion blasted his way into the last-four at the Krachtsportgebouw venue after recording wins over Fuji Okamato (Japan) and Carmelo Robledo (Argentina) before losing out to Italy’s Vittorio Tamagnini in the semi-finals.

He also lost out on points to bantamweight Harry Isaacs (South Africa) in the box-off for bronze.

Willie “Boy” Murphy (Garda), who had won his first bout at the Paris Games in 1924, once again got off to a winning start in Amsterdam, this time out via a sensational first-round KO of Spain’s Jose Montilor Pastor.

But Murphy, who represented the Army at middleweight in Paris, exited after dropping a points decision to Germany’s Ernst Pistulla, who went on to claim silver, in the next phase.

The Amsterdam Olympiad marked the first time that an Olympic flame was lit at the modern Games and all athletes were given strict guidelines by the Federation International De Boxe Amateur (FIBA), who preceded the AIBA, and the International Olympic Committee as to what exactly constituted an amateur.

“An amateur is one who has never competed for a money prize, staked bet or declared wager, who has not competed with or against a professional for any prize (except with the express sanction of the Amateur Boxing Association of the nation of which he is a member), and who has never taught, pursued or assisted in the practice of athletic exercises as a means of obtaining a livelihood or pecuniary gain.”

There was no World Series of Boxing or AIBA Pro Boxing in 1928!

Italy finished on top of the medals table in the boxing event after claiming three gold medals and one bronze.

The legendary Pat O’Callaghan won gold at the 1928 Games in the hammer throw, Ireland’s first gold medal at the Olympics.

Ireland’s boxers helped shoulder our first Olympic champion, who was a good friend of Willie “Boy” Murphy, onto the boat home from the 1928 Games, but the search for Ireland’s first boxing medal would extend to Los Angeles 1932.

Myles McDonagh and the “Boy” Murphy, who lined out at Paris 1924, became Irish boxing’s first two-time Olympians in Amsterdam.