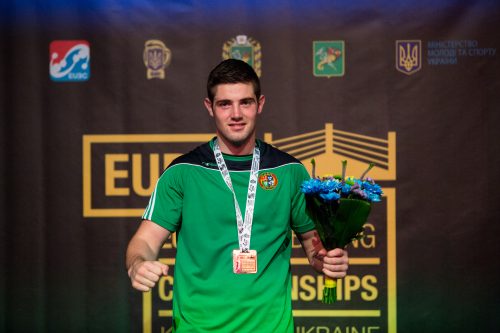 Ward and Melikuziev,who has moved up to light-heavy since losing the 2016 Olympic middleweight final to Cuba’s Arlen Lopez who crashed out of Hamburg at the quarter-final stage to Kazakhstan’s Abikhan Amankul on Tuesday,will be in the ring at approximately 7pm tonight (Irish time).

This morning marks the third consecutive occasion that Ward,the Irish captain in Hamburg,has weighed-in at this stage of proceedings at the World Elites.The Moate BC man claimed bronze in 2013 and silver in 2016 at the flagship tournament of amateur boxing.

Meantime, the first of the 2017 last-four bouts were decided last night. Five batches of semi-finals were resolved.

So far, Russia and the Ukraine are the only European nations through to the gold medal deciders.