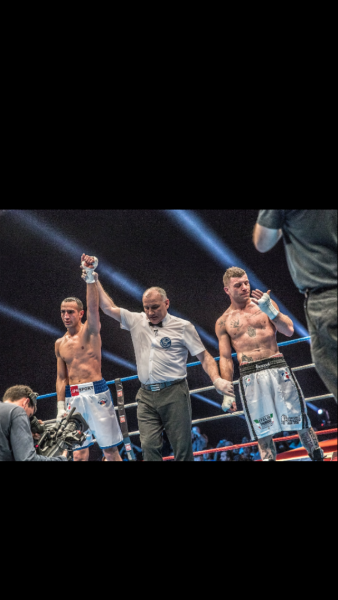 Picture – Ben McGarrigle was the third man in the ring for the France versus Italia Thunder WSB match in May. Top international referee and judge (R/J) Ben McGarrigle has been selected as one of the officials for the AIBA World Elite Men’s Championships in Germany. The 19th edition of the tournament since Havana 1974 begins in Hamburg on August 25th.

AIBA have selected 36 R&Js from throughout the world to officiate at the flagship event of international boxing.

McGarrigle, a 3-Star AIBA R&J from the Mourne Golden Gloves in Strabane, Tyrone, is thrilled to get the call for the biggest tournament since Rio 2016.

“I’m absolutely delighted to go to that level and it’s brilliant for Irish boxing,” he said.

“We’re absolutely delighted for Ben and to have an Irish referee and judge at the World Elite Men’s Championships. Congratulations to Ben and we wish him the very best of luck,” he said.