The National Stadium on opening night in 1939

Belfast’s Irish News is running several articles over the coming weeks on the 80th Anniversary of the official opening of Dublin’s National Stadium.

Olympic champion Michael Carruth features and recalls many special moments at the “windowless arena” which was opened on March 1, 1939, by the Minister for Defence, Frank Aiken.

The Minister congratulated those “from every part of Ireland whose generosity, brains, skill and hard work had contributed to the completion of the building”.

“The arena was based on the Liverpool Stadium and contained the most up-to-date showering and changing facilities, together with the novelty of running water at ringside, as well as an electric light board which displayed the round numbers as the fights progressed, according to an excerpt from ‘The Little Book of Irish Boxing’ by Belfast author Barry Flynn.

Irish medallist at 2007 EUs in Dublin

Ireland and Italy battled each other down to the wire for top spot in the medals medals in 1939, but the visitors finished in pole position after claiming 2 gold, silver and bronze as opposed to 2 gold and bronze for Ireland.

“Another handy one,” remarked McMonagle in a classic piece of wry Donegal wit before his final wth Italy’s Roberto Cammerelle in the super heavy class.

Cammerelle had won World Elite gold the year previously in Chicago and would secure Olympic gold a year later in Beijing. The towering Italian southpaw was edged out on the dreaded countback after an 18-18 draw with Anthony Joshua in the London 2012 final. 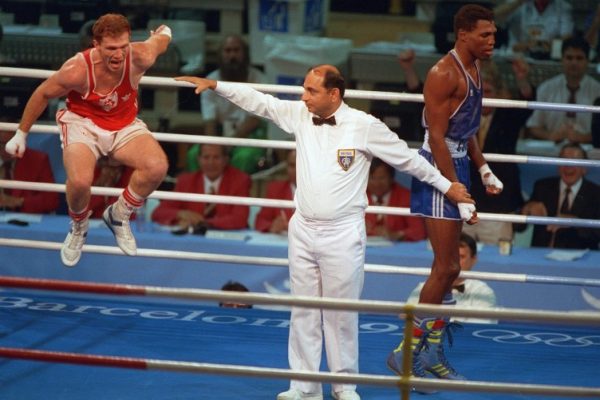 Michael Carruth recalled his international versus Hungary’s Robert Gonczi at the Stadium in 1984.

The Irish coaches appeared to have neglected to mention some stats about the Mighty Magyar.

“I was only 17 and they deliberately didn’t tell me he was a three-time European bronze medallist at senior level, so he was handy. I beat him and when I went over to their corner, his coach slapped me on the face and said ‘I’m going to keep my eye out for you’, Carruth told the Irish News.

“It turned out to be the great Laszlo Papp.” (a three-time Olympic champion). 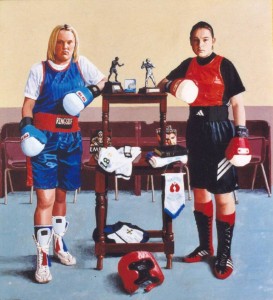 Taylor won on points and 11 years later bridged the 20-year gap between Carruth’s gold medal win in Barcelona in 1992 at London 2012.

She also claimed 17 other major titles before turning pro and unifying an entire eight class this summer,18 years after answering an opening bell at the first purpose-built boxing arena in the world.