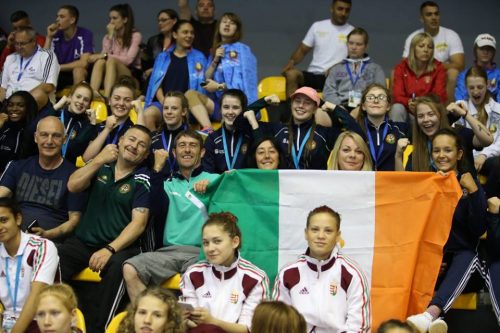 Caitlin Fryers, Mary Geraghty and Katelynn Phelan recorded a Day 2 hat-rick for Ireland at the European Youth and Junior Women’s Championships in Sofia.

Fryers hammered out a unanimous decision over Switzerland’s Eliana Pileggi and Geraghty and Phelan followed that up with impressive wins over Armenia’s Anahit Aroyari and Lithuania’s Vyataute Kupciunaite in the last 16 of the tournament.

“Mary won against a very tough Armenian opponent. The Armenian was very strong coming forward. Mary used her angles and her shot selection was perfect. This is probably the most accomplished performance from the Baldoyle boxer in an Irish vest.

“From the first bell until the last, Phelan stalked her Lithuanian opponent. Katelynn was back to her best controlling the distance  and keeping her opponent on the back foot for all three round and  it was  a brilliant performance from Katelynn.

Labhaoise Clarke,Shauna Blaney and Shannon Reilly are in action in today’s 2nd session which begins at 4pm (Irish time).