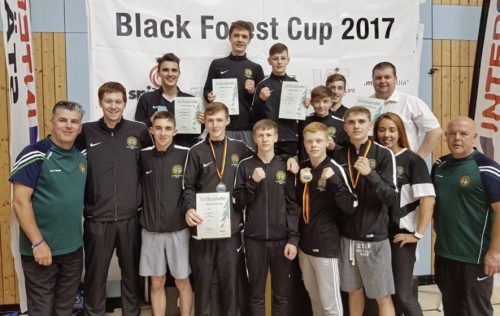 “Dominic was in against their golden boy and we just thought he was brilliant,” said Conlan who used the  six-strong squad for next month’s Commonwealth Youth Games in the Bahamas in the Black Forest.

“The competition was selected because it’s a very tough multi-nations tournament, and we wanted to have a look at where the guys were, and where they need to be in six weeks’ time, he told the Irish News.

“It was a great learning curve for the guys. I went there not even worrying about getting medals, I just wanted good performances, and as the tournament evolved the boys’ performances got better and better.

“I’m very pleased with everybody, the juniors and the youths.”