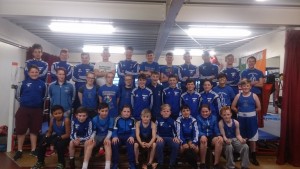 On Thursday 6th October a team of 15 Monkstown Boxers (12 Boys & 3 Girls all aged between 11 & 17) will travel to New York to compete in a boxing match against a NYC State Selection. The fight night will take place on Friday 7th October in one of the most famous & iconic boxing gyms in the world “Gleason’s Gym”. Gleason’s is home to many former boxing champions including Jake LaMotta, Roberto Durán, Paulie Malignaggi, Mike Tyson and our very own John Duddy. 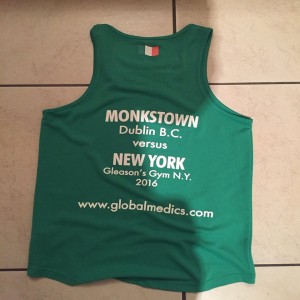 For the remaining 4 days of the trip our 15 young boxers will then be involved in sparring & training in other local boxing clubs around Brooklyn, Manhattan & Harlem, while taking in the culture and sites of the city known as ‘The City That Never Sleeps.

This a fantastic opportunity for our boxers, many of whom have never travelled outside Ireland before.

Included in the Monkstown team are Five of their Nine Irish Champions of 2016, with 3 of them matched to box against American National Champions. This will be a very daunting task but with Irish juvenile boxing at an all-time high, our boxers will have nothing to fear and are very excited by the challenge. 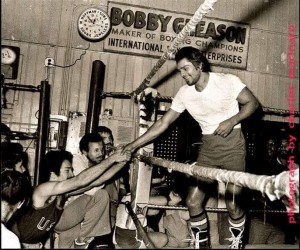 In other news Monkstown BC had its biggest entry ever in the Dublin Boys Boxing Leagues. A total of 32 Monkstown Boys weighed into the Dublin Leagues on Saturday 24th September. The Monkstown boys will box against their Dublin counterparts every Monday & Wednesday at the National Stadium, South Circular road through October/November & December.