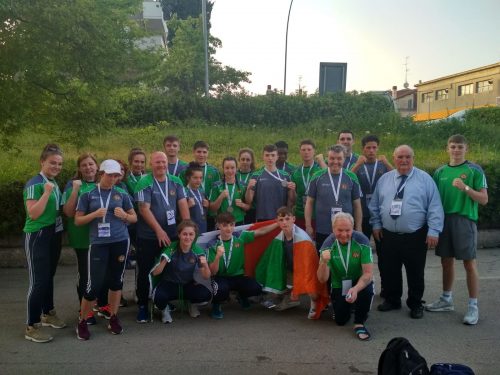 Irish squad and staff in Italy

The haul earned Irish boxing a top ten finish in the medals table in both outings.

Meantime, most European competitions are doubling up as joint male and female tournaments this year for the first time.

The next stop is the European Schoolboy and Schoolgirls Championships in Albena, Bulgaria from May 21 to 30.