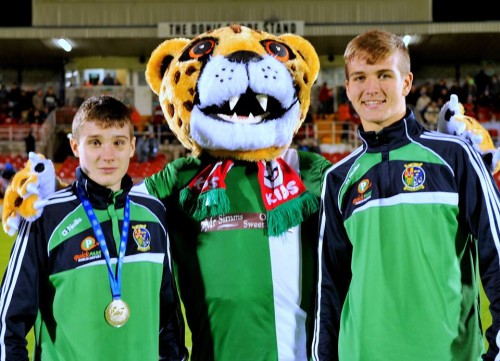 Ireland’s prospects continue their countdown to the Pavlyukov Youth Memorial in Anapa, Russia at the National Stadium in Dublin.

The squad are in training camp at the home of Irish boxing for the last number of weeks and have been sparring with our National U/22 champions.

Team Ireland will take part in a quality training camp with the host nation, the mighty Cuba, Scotland, Ukraine and a number of other countries before the tournament starts on March 15th in a city that Irish boxing, which has won countless medals in the Black Sea port over the last ten years, is on familiar terms with.

Irish coaches Billy McClean and Fergal Redmond report that the squad are getting a lot of work down at the National Stadium, with McClean agreeing that he knows Anapa almost as well as his native Belfast or Dublin at this stage.

“Yes, that’s true. We have had many teams there over the last number of years and they’ve all done well, all performed well, he said.

“Anapa is a fantastic development tournament. They don’t call it the mini-World Championships for nothing. All the top nations will be there and traditionally many boxers who do well in Anapa medal at the European Youths.

“They squad are training really well and getting a lot of work done. They’re getting top sparring with our U/22 champions and looking forward to the challenges of Russia in training camp and in competition.”

The European Youth Championships will be held in Turkey in October.