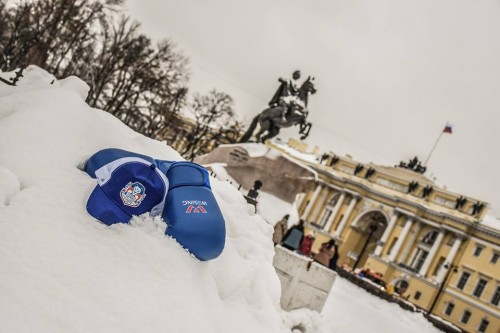 Gabriel Dossen and Michael Nevin had to settle for bronze at the AIBA World Youth Championships after losing out at the last-four stage in St Petersburg, Russia today.

Dossen was on the wrong end of a split decision to home favourite Sergei Margarian of Russia at the Sibur Arena.

The Galway southpaw boxed superbly in rounds one and three, with Margarian enjoying a good spell in the second half of the second frame after backing Dossen into a corner.

The Olympic BC light-welter, showing superior footwork, bounced back to lash home excellent combinations off the back and front foot early in the third, but Margarian, who worked hard closing down the space between him and the Irish champion throughout, got the nod after an excellent contest of contrasting light-welter styles.

Portlaoise BC middleweight Nevin went out to Scotland’s William Hutchinson after another top class three-rounder in the 75kg class. 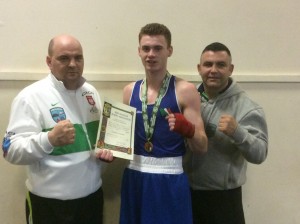 A bout featuring plenty of head movement, feints and rapid footwork from both young men, Nevin’s jabs and combinations were crisper, but Hutchinson’s right hooks, particularly in rounds two and three, went a long way toward earning the Scot a unanimous decision.

Dossen and Nevin won three of their four fights in Russia to ensure that Ireland won’t be coming home empty handed from St Petersburg.

Today’s results ends Ireland’s competitive interest in the 63-nation tournament. Dossen and Nevin will be presented with their medals during Saturday’s finals.

“Gabriel and Michael gave it absolutely everything today as did the entire squad at these Championships,”said Irish Team manager Stephen Connolly.

“The parents, clubs and club coaches deserve enormous credit for their contribution to the development of our young athletes here.The squad are a credit to Irish boxing both inside and outside the ring.

“Our coaches, Billy McClean and John Conlan, did an excellent job and left no stone unturned preparing the team for a very tough and competitive tournament against the best in the world at this level.

“Of course there is disappointment that we did get our lads into the finals,but this is a first international tournament for Gabriel and he’s won three bouts as has Michael and they’ve both won bronze medals.

“They and the squad can be proud of their achievements in getting to the semi-finals and their performances throughout the Championships as some of the boxers that beat our lads here have finished amongst the medals and some could yet win World titles on Saturday.”

Team Ireland are due to arrive home on Sunday morning via Dublin Airport at 11.30am (Terminal 1).