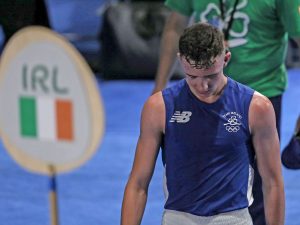 Three of Japan’s automatic host places for Tokyo 2021 have been confirmed.

The host nation selected the men’s 52kg, 63kg and 75kg weights, with another three host places – two for women and one for males – to be 100% confirmed.

The window of opportunity for the final World qualifier will now contract by one place in each of the fly, light-welter and middle classes from 5 to 4.

Likewise, boxers in these limits will have to reach the semi-finals (see below attachment).

The flyweight position is of academic interest to Irish captain Brendan Irvine as he qualified at this limit in London last month.

As things stand, 112 boxers have qualified for the 32nd Olympiad through the completed African, Asia/Oceania events and the partially completed European qualifiers which were postponed on March 16 in London because of the Covid-19 outbreak.

The Americas qualifiers in Buenos Aires and final World qualifiers in Paris were also postponed because of the Covid-19 pandemic.

New dates for the resumption of the European event, which still has 61 Tokyo places up for grabs, the Americas and Paris are expected to be announced this month.