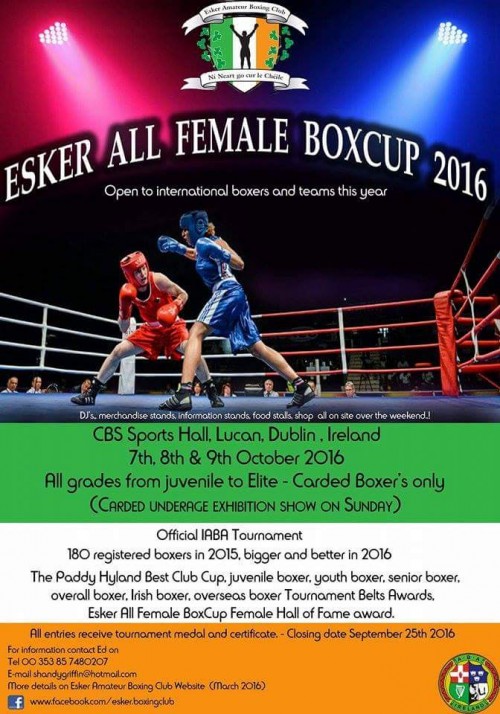 With nearly 320 registered female boxers competing, this year’s Esker All Female BoxCup is now completely full up and closed to further entries.

Now in it’s fourth year, the tournament has grown to be the biggest event of it’s kind in Europe and further afield. With categories ranging all the way from Juvenile to Elite it encompasses all standards of female boxing in Ireland. Irish, European, World medallists are all registered as well as girls starting out on their boxing careers. 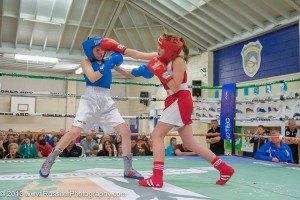 With the support of South Dublin County Council, Dublin City Sport and Wellbeing Partnership amongst others, it promises to be the most successful edition of the Esker All Female BoxCup yet. 70 clubs from Ireland are registered as well as teams/clubs from Canada, Netherlands, Poland, Scotland, England and Sweden with all the action taking place on Saturday 8th and Sunday 9th October 2016.

Boxing starts at 11.30 am on Saturday and 11am on Sunday. The only weigh-in takes place from 5-9pm on Friday 7th October at The Christian Brothers CBS Sports Hall, Roselawn, Lucan, Co. Dublin. The club would love to see a big support there for this uniquely Irish event. 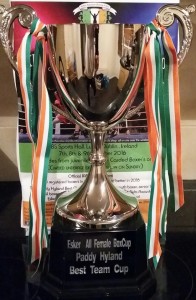